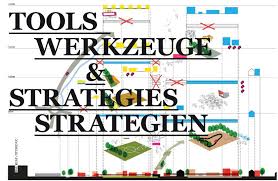 In any field of activity, the development of tools determines the structural development of the associated organization, and even, to a great extent, the culture. People who use computers think, speak and live differently than people who use quill and ink or even ball-point pens. So, what type of tools are necessary for a modern R&D organisation.

It seems there are three main categories – Idea bank, Research machine and Tools for externalizing knowledge.

There are many examples of good ideas being forgotten and reinvented later, resulting in unnecessary expenditures and other losses – an invention made in one department but useful in another one has never been used, an important invention has not been protected etc. An increase in the number of ideas, along with an expansion in their “geography” (the areas in which the ideas originate) will amplify these problems.

The Ideabank will consist of a database built on a TRIZ “foundation” i.e. classified and searchable in terms of contradictions, principles, operators, etc.) and will be capable of integrating and coordinating all activities related to the generation, evaluation, implementation, etc. of new ideas.

A Research machine should become a standard  facility capable of performing experiments in accordance with the following trends:

Current available means for managing knowledge are limited to search engines and internal databases that are still far from satisfactory. Although these tools and processes could be substantially improved if a TRIZ approach were applied, emphasis must shift to the knowledge creation processes and tools institutionalized within a company. Unfortunately, the situation with knowledge creation is even worse than with knowledge management, primarily because there are two types of knowledge that must be dealt with:

We can help in this.